History's most important technology will surprise you 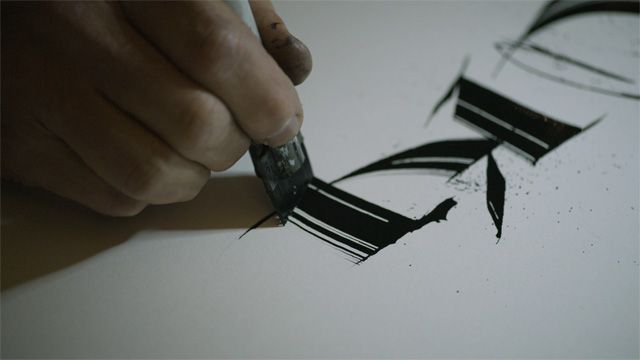 Let me guess. You could use a little positive distraction right now.

Normally I would advocate for cracking a book open, but Times Like These, that's not always possible.

So, a PBS documentary about the history of writing might be just the thing.

Trust me, you're going to want to check out the new special on NOVA –  "A to Z: How Writing Changed the World". It's the perfect 2-hour reprieve from doomscrolling, election fretting, and researching Canadian visas.

It's got it all – ancient civilizations, archeologists with incredible beards, and a sweeping history lesson that connects all of humanity with the most profound information technology of all time – the invention of writing.

The Invention of Writing Changed Everything

If someone asked you: "What is the most important technological advancement in history?" What would you say?

Some might say the telephone, the personal computer, or the internet. Going back further you could guess electricity, textile mills, or the steam engine. Aviation seems like it was a pretty big deal.

But these things all pale in comparison, and indeed are all rooted in, the most important technology developments OF ALL TIME. Ones that occurred between 5000 BCE and 1448 CE.

Yes, we are talking about the invention of writing, paper processing, and finally, the printing press.

Without these, nothing that came after would be possible. These are the original components of information technology - how information is captured, stored, presented, ingested, and spread.

In fact, every advancement of our species has been made possible by it. Humans have only been writing for 1.6% of our time here on Earth. But in that time, the written word changed everything.

It has shaped our world and the rise and spread of human knowledge. When you break down exactly what is happening with writing, it takes on a very Start Trek quality. It lets us teleport our thoughts across space and time to be understood by another person's brain.

How did this sci-fi sounding concept develop and why?

Humans have been on the planet for 300,000 years, but only began communicating in complex pictures about 7,000 years ago. What changed?

In the Fertile Crescent, the lands around the Nile, Tigris, and Euphrates rivers, humans began to develop intensive agriculture and irrigation methods. This produced an abundance of food. And that food production needed to be stockpiled and recorded.

Available evidence suggests that the first complex pictograms in both Egypt and Sumer evolved from a need to keep tabs on quantities of barley.

Then, 5000 years ago there was a giant leap. The Rebus principle describes how pictograms that represented quantities of grain or parcels of land, became something more.

People began to use pictures to represent the sounds of a word, to make other words.

For example, the Narmer Palette (3000 BCE) depicts the victories of the Egyptian King Narmer in unifying Upper and Lower Egypt. His name is written using two symbols – the catfish which in Egyptian language was called "Nar" and a chisel "Mer".

By writing two unrelated symbols together, they could form a new word using the sounds in language.

This breakthrough concept is even more remarkable because this is exactly what happened in Sumer, Egypt, China, and the Mayan Empire. The only common link? The human mind.

At some point Rebus writing gave way to an actual alphabet system. Canaanite migrant workers mining turquoise in the Sinai peninsula would end up translating Egyptian hieroglyphs to suit the needs of their own language, and in doing so created the foundation of an alphabet that is still used today!

Instead of using the whole pictogram word to put together a new compound word, their system used just the character sound of the first syllable of the word.

For example, if you needed the letter "R" sound - you could just use the symbol of a person's head ("Rosh" in proto-Semitic) - to mean "R" instead of the full word. With just 25 - 30 picture symbols you could put together the sounds to write any word you needed.

Handwritten records changed how societies worked. They help rule and govern great empires. And the technologies that came next - from pen, to paper, to the printing press - provided the spark that lit the Scientific, Industrial, and Technological Revolutions.

So if you want two hours of mind blowing facts (the 'spine' of a book is called that because parchment from animal skins had a visible spine down the middle where the leaves of pages would fold!) that will momentarily restore your faith in humanity and wonder at the world, TUNE IN!

You can watch it online on the PBS website. While you're at it, maybe even consider becoming a member of your local station. God, do we need PBS right now.

Consider how information systems spread knowledge, for good or for ill.

And after you're done appreciating the history of human civilization and the common threads of the written word, maybe mosey on over to your bookshelf. Crack one of those babies open, with an alphabet that's derived from Egyptian hieroglyphs, and start reading and sharing on Italic Type today. (If you've made it this far and want early access, send me a written communication).